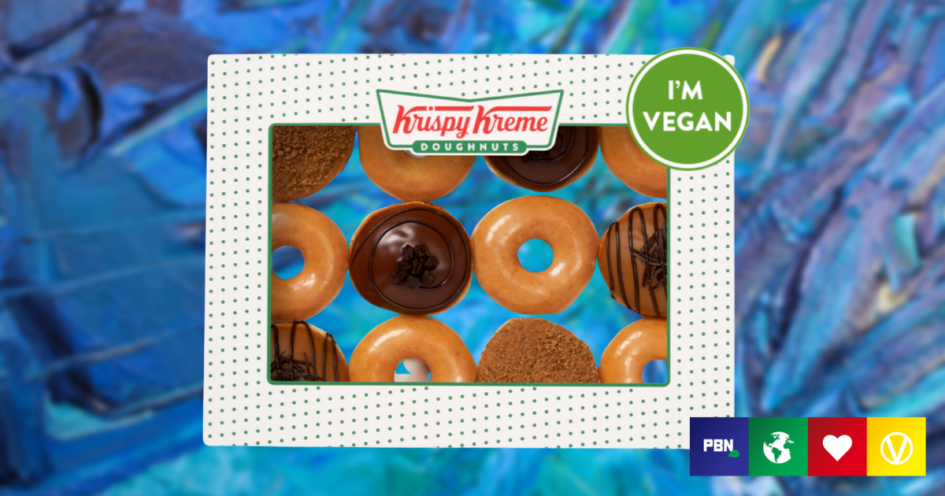 Launching at the end of this month are Caramel Chocolate Delight, Fudge Brownie Bliss, and Apple Custard Crumble.

The Delight flavor is filled with Belgian chocolate, topped with a caramel and chocolate icing. Secondly, the Fudge flavor is topped with brownie pieces and a cinnamon crumble on the Apple Crumble.

All are certified vegan with The Vegan Society‘s vegan trademark.

Customers in the UK can order them online as part of a vegan selection box from December 31 – but they’re only available for “a limited time only.”

The UK branch teased the release earlier this week and confirmed the news yesterday.

It was met with thousands of frenzied messages on social media.

It comes as vegan donuts are notably on the rise across both the UK and the US.

Back in April, Dunkin – known widely under its previous name Dunkin’ Donuts – celebrated the launch of more than 41 vegan donuts.

You can order the vegan donuts here

What is in Krispy Kreme’s vegan doughnut?

Krispy Kreme UK Launches Three Vegan Doughnuts. Can the US Get Just One?

Twins Challenged To A Vegan VS Non-Vegan Diet Study

Vegan Meat: 13 Vegan Meat Substitutes & Where To Find It