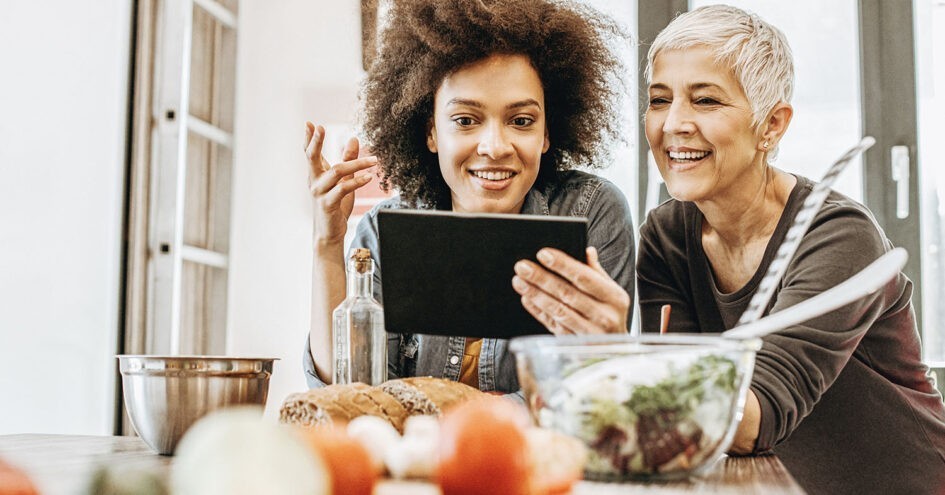 Plant-based food is more popular than ever, and vegan meat, milk, and cheese have come a long way from bland burgers and powdered soy. Thanks to these new, delicious products, and increased awareness of the flexitarian diet’s environmental and health benefits, the vegan market is booming, with plant-based meat alone predicted to reach $8.3 billion by 2025.

Despite the increasing popularity of vegan diets, the growth of the meat-free market overwhelmingly owed to meat-eaters, meat reducers, and flexitarians trying new things and cutting back on animal products. Veganism, vegetarianism, and flexitarianism mean different things to different people, but a desire to eat more plants unites all three—and drives vegan innovation.

Here’s everything you need to know about adopting a flexitarian diet and eating more vegan food, including the many benefits.

Vegan food is both delicious and nutritious

There are plenty of myths out there about plant-based food, but in reality, eating meat-free can be healthy, delicious, and suitable for adults and children alike. (Don’t worry, you’re sure to get enough protein too.)

If you’re not used to cooking and eating without meat, try starting with using plant-based meat, dairy, and eggs in your favorite recipes. Eating more fresh produce, such as fruit and vegetables, adds variety and valuable vitamins and minerals.

In short, it’s possible to cut back on animal products without giving up the dishes and flavors you like, all while getting plenty of macro and micro-nutrients.

Cutting-edge vegan meat and dairy products might be the biggest thing since Sosmix hit the market in year one, but plant-based whole foods are still the best value for money, the most nutrient-dense, and (mostly) more sustainable than shop-bought items.

Whole foods can also be more filling, and come with a myriad of health benefits—including longevity. If you grew up on bland vegetables, don’t worry, there are a huge number of recipes that spice, season, and marinade ingredients for maximum flavor, from curries and chillis to soups and buddha bowls.

There are a wide variety of different labels for different variations of a meat-free diet. Veganism typically means excluding all animal products and avoiding animal exploitation in all its forms (as much as this is practically possible). Vegetarianism, also known as ovo-lacto vegetarianism, eschews meat but not byproducts such as eggs and dairy.

Flexitarians, or reducetarians, eat animal products alongside plant-based foods but may prioritize meat-free and vegetable-based dishes. However, these dietary choices mean a lot of different things to a lot of different people. Don’t worry too much about labels; the most important thing is to make choices that work for you, and adjusting one’s lifestyle or diet doesn’t have to be an all-or-nothing decision. Thanks, flexitarianism.

Vegetarianism is nothing new

Eating meat-free meals isn’t a new phenomenon, and vegetarian diets have existed for thousands of years. While the word “vegetarian” was first popularized in the late 1800s by the UK’s Vegetarian Society, the history of vegetarianism dates back to the 5th Century BCE in India.

Many plant-based staples—such as tofu—are present around the world, including in China, Japan, Indonesia, and Thailand, while various African cuisines include a variety of vegetarian ingredients and dishes. It’s important to note that low-meat meals are not a modern invention, and certainly not a Western one.

A low FODMAP vegan diet can help with IBS symptoms

The low FODMAP diet is a three-step, temporarily restrictive program that aims to pinpoint the specific sugars causing intestinal distress and worsening IBS symptoms, which can vary from person to person. The full process involves cutting out foods, slowly reintroducing, and avoiding or limiting the items your body has difficulty processing. It’s entirely possible to adopt a low FODMAP diet while eating plant-based.

Common low-FODMAP vegan staples include gluten-free carbohydrates such as rice flour, potatoes, and buckwheat, with bananas, blueberries, broccoli, carrots, and firm tofu. Even Quorn products are a nutritious, FODMAP-friendly option.

Longevity is one of the benefits of eating a flexitarian diet

For decades, studies have indicated that eating more plant-based foods (particularly whole foods such as fruit and vegetables) can aid longevity. Data also suggests that non-vegan diets that emphasize plants and healthy fats but avoid processed or red meats can support longer lives, too.

“Blue Zone” and Mediterranean diets, in particular, contain plenty of carbohydrates and plant foods and are linked to longevity. In Okinawa, the population contains more than three times the average number of centenarians (people over 100 years of age) than comparable U.S. populations.

Going vegan isn’t a detox, but…

Detox diets aren’t real. As the British Dietetic Association says, they are “marketing myths rather than nutritional reality,” when the human body is perfectly capable of processing toxins itself. Eating a balanced diet and keeping active are the best ways to pursue health.

Eating more plant-based vegan foods can offer some of the same health improvements that detox regimes lay claim to, such as increased energy, a better quality of sleep, and even reduced risk of certain diseases.

A Low-FODMAP Diet Might Be the Answer to Your Bloated, Cramped, Intestinal Woes

What a Dairy Free Diet Can Do for Your Sex Life