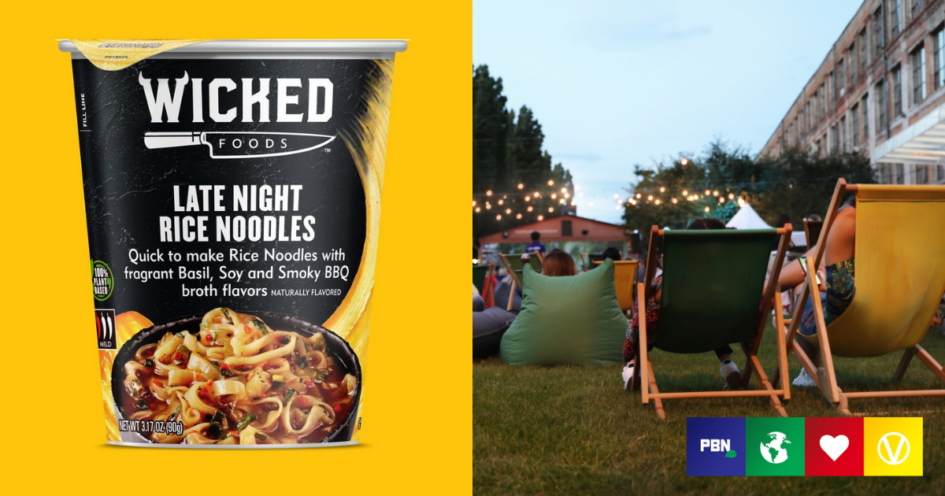 Plant-based food giant Wicked Kitchen will be the main sponsor of the world-renowned International Vegan Film Festival (IVFF) this year.

The annual festival is designed to showcase some of the world’s best vegan films, in a bid to promote the movement.

Each year, the International Vegan Film Festival looks to meet the increasing appetite for information that offers an insight into the vegan lifestyle.

From animal agriculture to the health benefits of plant-based eating, each film amplifies key thinkers across the movement.

Now in its fourth year, the IVFF has featured titles such as Apocalypse Cow, Hogwood: A Modern Horror Story, and Monbiot: Arresting The Truth.

It’s running for a week this October, and attendees will be able to sample Wicked Kitchen’s foods.

The organization said it’s ‘thrilled’ to have Wicked Foods as the sponsor for 2021/2022.

Additionally, CEO Pete Speranza told Vegconomist: “We’re thrilled to partner with IVFF to further our mutual mission to the benefit of our planet and the people and animals that live on it.

“We’re honored to highlight the work of filmmakers with this global platform. And we see this as a powerful partnership for greater impact and awareness.”

Since launching in UK Tesco stores, Wicked Kitchen has grown from strength to strength. Earlier this summer, the brand announced its debut across the pond following staggering sales figures of over 300 percent.

Moreover, Wicked Kitchen has secured a £14 million investment. And, co-founders Derek and Chad Sarno are eyeing becoming a ‘plant-based destination’ across a host of retailers.

For more information about the IVFF, visit the website here

Get These Six Common Items Out of Your Kitchen Right Now