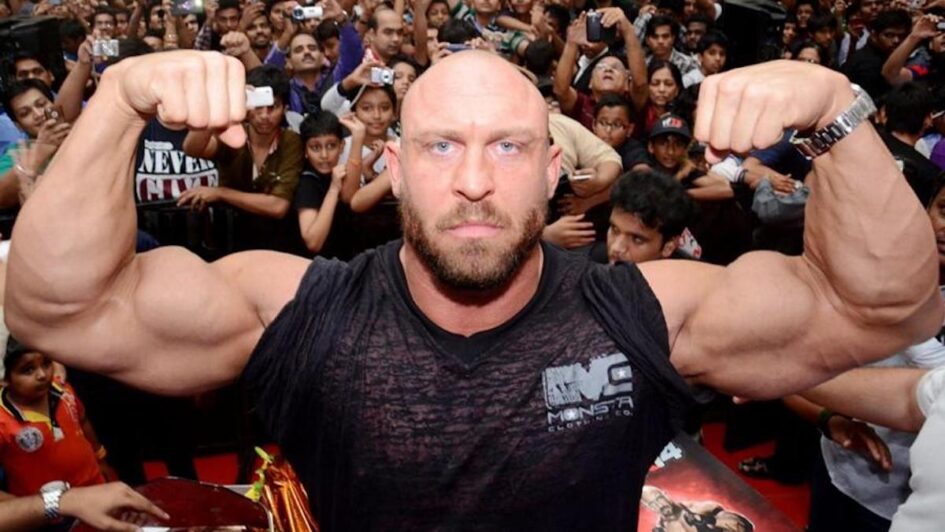 Ryback Reeves a former WWE wrestling star has been showing off his muscular physique across social media over the last two months or so.

According to reports he in now about 12 weeks into a plant-based vegan diet and feeling the best he ever has.

At his seven week mark he showed off his shredded results on twitter.

Sharing a photo of himself, he wrote:

“Seven weeks vegan and bodyweight is 292 lbs. I just keep seeing improvements and energy increasing even more. Conditioning is at a very high-level cardio wise and don’t have any intentions of eating animal or dairy products. Lab work completed yesterday, so we will see where we are at.”

“The Big Guy” also known as “The Athlete” Ryback owns a supplement company named “Feed Me More” and has recently been promoting with it his new plant-based diet even sharing an image of him and his partner Jazmyne eating a plant-based meal.

“Amazing dinner tonight with Jazmyne. I’m learning so much about the Vegan community and they are truly unbelievable people with such compassion and loving hearts. So blessed to have been given the gift of full health back and am releasing the last bit of hate I have held onto.”

In an interview with givemesport.com Reeves spoke out about his transition from animal products to plants saying:

“I already ate a lot of vegetables, my main thing was that I never really looked at how I could replace or cut down on animal protein. All I had to do was switch out my meats, I was already halfway vegan without knowing it…I look better and I’m stronger than I’ve been.”

In recent posts he has given glowing reviews and updates on his new plant-based lifestyle saying his strength is “increasing each week” since transitioning.

In a post, he blasted out to his 1.4 million followers a picture of his toned arms calling them the “largest vegan arms on the planet” and “Body fat keeps dropping”.

“Gonna thank Austin Healyaries, [he] meets me one time and in less than a year I go from part-time Vegetarian to full-time Performance and Compassion Eater and have zero intentions of going back.

It’s getting better each week and strength increasing each week while [my] body fat keeps dropping. Been around 292 lbs and today got 71 full burpees in seven minutes and felt great after.

No matter how you eat, adding more nutrient-dense vegetables and fruits with things like chia seeds, hemp hearts, nutritional yeast, flax seeds, and pistachios will change your life.”

His entire Twitter has become a near love letter to vegan foods and he has even posted animal rights-related content from Peta and others.

He has even called out fans of his about animal rights issues.

He’s the real deal and we should celebrate our new bodybuilding vegan brother while holding him up as an example to us all; vegan or pre-vegan.