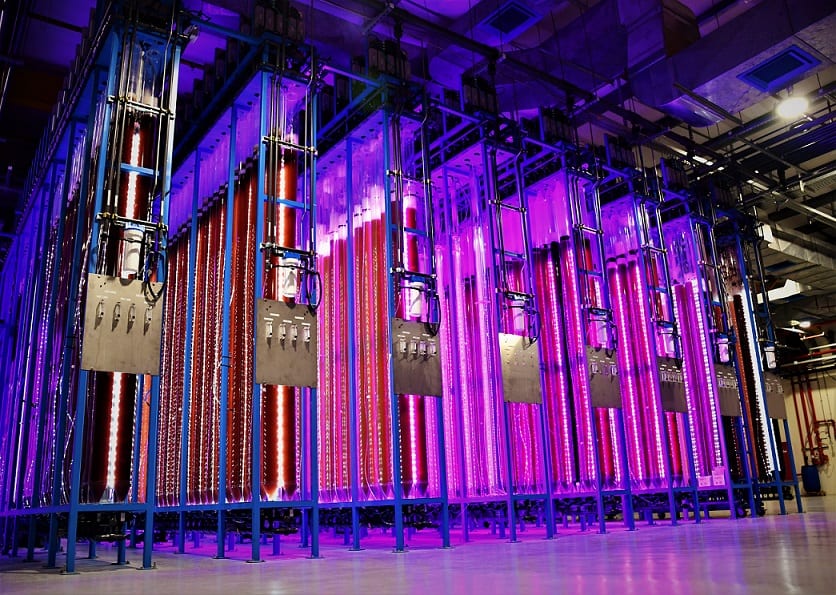 Yemoja, a marine ingredient startup from Israel, has developed bleeding vegan burgers using a red microalgae formulation. The innovation paves the way for medium-rare style plant-based burgers and steaks with added authenticity, as well as a clean substitute to heme.

Providing a nutrient-packed medium for rendering the sensory characteristics of animal meat for plant-based meat and cultured meat products, the deep red algae is grown indoors in precision photobioreactors and show the potential to act as a natural, clean, and 100% plant-sourced heme substitute to serve the cultured meats and plant-based alt meat sectors.

Microalgae production allows high concentrations of bioactive compounds with minimal ecological footprint and uses minimal resources. The highly sustainable crop boasts a 20%-30% protein load and the complete essential amino acids profile. For these reasons and more microalgae is fast growing a reputation as a superfood ingredient.

As well as Yemoja, other brands in the emerging space include Sophie’s Bionutrients – which has recently developed a microalgae-based cheddar cheese. In addition, NØKO FOODS from France develops microalgae sports nutrition products.

“The demand for clean, naturally sourced alternative proteins that can dually exert a less harmful impact on the environment is an internationally sought venture,” stated Erez Ashkenazi, co-founder and CEO of Yemoja. “Our advanced patented cultivation system offers a high-value yet cost-effective solution that can be easily scaled up to the unique needs of the various alt protein/meat producers to help bolster this rapidly growing category.”